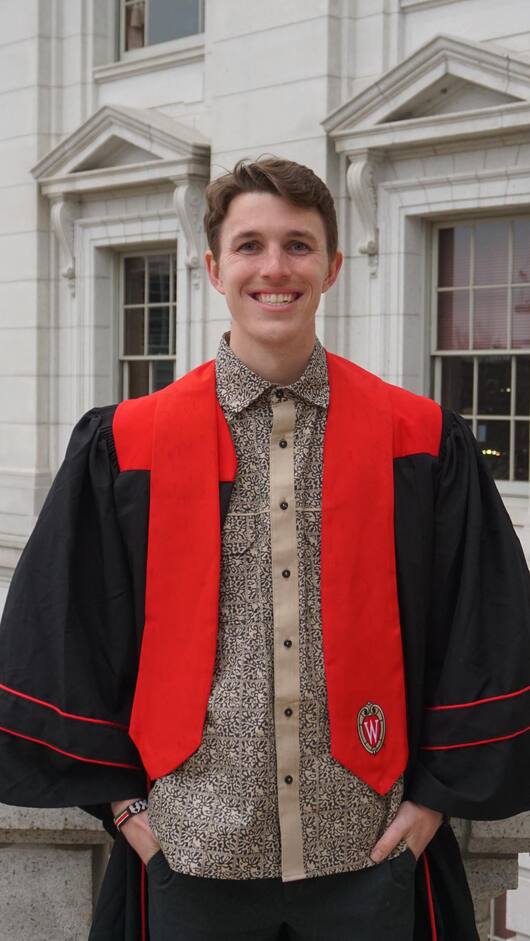 🎓 #UWGrad Spring 2022 Spotlight: Max Bobholz Max Bobholz was watching a television report 10 years ago about how a Ugandan team at the Little League World Series sometimes lacked shoes and often shared bats and baseballs when he realized he had a bunch of old baseball equipment in his garage. A sixth-grader at the time, he founded @angelsatbatcharity, which collects new and used baseball equipment and distributes it to Kenya, Benin, Nigeria, and South Africa — tens of thousands of items to date. Bobholz, of Green Bay, has continued running the charity even while attending #UWMadison. With the help of the Law & Entrepreneurship Clinic at @uwisconsinlaw, he was able to establish Angels at Bat as an official 501(c)(3) nonprofit organization. There are now branches of the organization in seven states plus Wisconsin. Bobholz has been featured on CNN Heroes: A Young Wonder Special and CNN Heroes: An All-Star Tribute. He is graduating with two bachelor’s degrees, one in African cultural studies, the other biology. He plans to pursue a Ph.D. in global or public health.